When it comes to online marketing, how are you? Do you struggle to create a message that resonates...

Do This If You Want Google to Index Your Newly Published Pages or Content Fast!

“Is your horticulture website less than one year old?” If it is, I am sure that you’ve noticed this problem common to all new websites. When you publish a new page or blog post, Google will take too long to index it. That’s a...

Who is a Copywriter, and How Can Copywriting Help My Business?

Ads that have a high response rate, blog posts that go viral, emails that have high open rates, and sales letters that sell thousands of products have one thing in common. They are all written by a copywriter. Learn ALL about copywriting, and how a copywriter can boost the response rates of your ads, the readability of your website, and the efficiency of your online content!

Case Study: You Can Create WordPress Website Without Fear-Even When You Have No Coding Skills

To profit from the internet, you need a website. The good news is that anyone can create a WordPress website on his or her own. Unfortunately, most of us are held up by fear. This post not only explains how to overcome your fears, but also gives you the steps you need to follow. Read through it and I assure you that you'll even become a pro at building websites. Your business will also get the exposure it badly needs so that you can earn more profit! 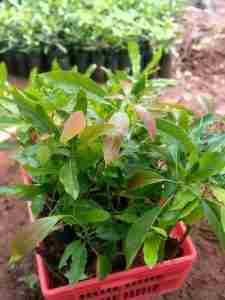 How Many Mango Plants Can Be planted In An Acre?

The answer to this question is important because you will be able to know the expected yields per acre, the number of seedlings you need to plant in an acre, the inputs you require for example fertilizer, labor, pesticides amnong others. Check out this post to learn all about mango spacing. There is an interesting video here to watch. What happens when you space mango trees closely.

The Selection, Grading and Packing Of Hass Avocado For Export

Hass Avocado Farming In Uganda: The Good Bad and Ugly Rungwe District commissioner urges his constituents to grow Passion fruit in Mbeya region of Tanzania find out why. You'll be surprised

How to Prune Watermelon for Profit

I clearly remember the first time I grew watermelon like yesterday. When I remember how naïve I was… I find myself almost shedding tears because I had to learn the hard way. Before growing watermelon, I was growing maize, beans, sorghum, millet. The crops above are wonderful crops. In fact, you can make a decent living by growing them However, all of them have once similarity. If you carefully consider all the crops I have mentioned above, none of them requires pruning. All of them produce handsome yields, if they get the right management—without any pruning. So when I ventured into growing watermelon, I took the experience of growing beans, maize, sorghum and millet to watermelon. And boy…I failed terribly. None of the watermelon grew to be over 4 kilos. Most of them were 3 kilos or less. So I wondered… How is it that other farmers are getting fruits weighing 9-15 kilos, while I can barely get fruits that weigh 4 kilos. This outcome disturbed me for a long time. I saw myself as a failure—and I almost vowed to never-ever grow watermelon again. Check out this post to find out how pruning make me get big watermelon fruits

What comes to your mind when people talk about food security? To most people, food security is country’s productivity on cereals like: • Maize, • Beans, • Rice, • Sorghum, • Rice • And millet. Other ‘fringe’ food crops like potato, cassava, taro, tomatoes, sunflower, cabbages, kale, and various fruits and vegetables are rarely mentioned. That’s quite unfortunate as they are equally important to food security. Why? You may ask. The ‘fringe’ crops super important making a diet balanced. Without them, a diet containing maize, rice, sorghum, millet or beans will be deficient. It will lack the vital minerals the body needs to fight diseases and viruses. Consequently, a population consuming such a diet will be unhealthy. That’s why today I want to focus on the role of Kale on Kenya’s food security.

Jumia Honda Water Pumps For Sale In Kenya: Are you searching for a cost effective Honda water pump...

Have a question on this TOPIC? I am here to help, contact me and I'd be happy to help you
Start a Conversation
Hi! To contact me on any crop issue, click the button to chat with me on WhatsApp
The team typically replies within a Day.
Want Info On How To Grow Crops for Profit? Haron Can Help
Haron has 10 years experience growing various crops. He is also an Expert In the Horticulture Industry.